Archery tag is an interesting sport that takes inspiration from the professional archery. The bows are fully prepared for people even who use the left hand normally. There is a slight difference between the archery tag and the real archery. It is the difference in ammunition.  Homologated arrows have a foam tip that is licensed already and so people can get the opportunity to choose the arrows in Barcelona. The archery tag has some rules and it is combined from paintball, traditional archery, dodge ball. The rules of the above-mentioned games are included as a mixture in the archery tag which makes the sport interesting. Archery Tag 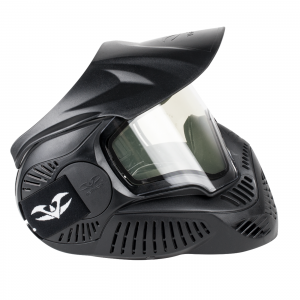 The archery tag is not a serious game and it is full of fun. This game helps you to release your adrenalin in a better way.  There are some other various names for archery such as archery combat, archery attack, and archery battle. One can win this sport easily with firm focus and determination. One should wake up the warrior hidden inside while performing this sports activity. The aim should be focused and show your eagerness in the sport and have fun during testing your skill. This archery tag game can be played in teams that will be more interesting with friends.

Archery tag can be played by two teams and each team can consist of 4 players minimum. The maximum number of players in a team can be only 9 thus 18 in the total game of archery. The two teams must be placed separated by the pitches and it should be safe. The team members should be separated from the bows fired by other teams. This will ensure the safety of the players. In the play, every team will get 5 targets for shooting. The archery tag game should be played very safely after arranging all the safety armguards, masks, bows, and arrows. The proper arrangement of all the necessary materials will help the game to be exciting without any disturbances during the game.

The archery tag game will have referees and they will be arranged by them. The instructors will perform in both ways by guiding the player and also as referees. The referees will have a check on all the activities of the players and they will ensure that the rules are followed by the players correctly. The players can even take a break in the middle of the game for depositing arrows in their safe zone to decrease the chance of losing the game. The area of the sport will be split into three areas. Each team will have the playing area and there will be a safe area for the players between them.